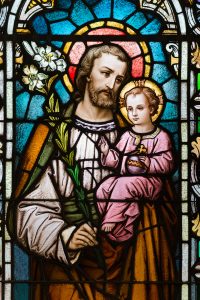 ‘The angel had warned (St Joseph) to flee with the Child, because he was threatened by mortal danger.  … Joseph of Nazareth, who saved Jesus from the cruelty of Herod, is shown to us in this moment as a great supporter of the cause of the defence of human life, from the first moment of conception to natural death. In this place, therefore, we wish to commend human life to Divine Providence and to Saint Joseph, especially the life of children not yet born, in our homeland and throughout the world.’
Pope Saint John Paul II

Homily at the Shrine of St Joseph, Kalisz, Poland June 1997

O Mary bright dawn of the new world, Mother of the living, to you do we entrust the cause of life: Look down, O Mother, upon the vast numbers of babies not allowed to be born, of the poor whose lives are made difficult, of men and women who are victims of brutal violence, of the elderly and the sick killed by indifference or out of misguided mercy. Grant that all who believe in your Son may proclaim the Gospel of life with honesty and love to the people of our time. Obtain for them the grace to accept that Gospel as a gift ever new, the joy of celebrating it with gratitude throughout their lives and the courage to bear witness to it resolutely, in order to build, together with all people of good will, the civilization of truth and love, to the praise and glory of God, the Creator and lover of life.
Pope Saint John Paul II 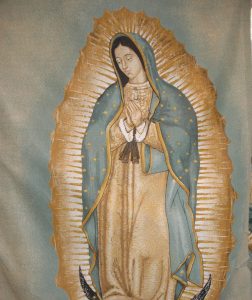 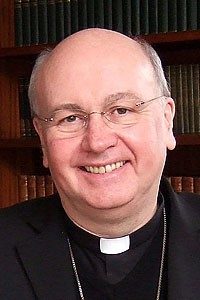 Owing to diocesan priorities Bishop John Keenan is unable to lead the pilgrimage in 2023. However, we are delighted that Archbishop Kevin McDonald has kindly agreed to lead it in his place.

Archbishop Kevin was born in Stoke-on-Trent on 18th August 1947. He was educated at St Joseph’s College, Stoke-on-Trent and was awarded a Latin degree from the University of Birmingham. In 1968, he entered the  English College, Rome and was ordained priest for the Diocese of Birmingham in the Metropolitan Cathedral of St Chad on 20th July 1974.

From 1976 to 1985, Archbishop Kevin worked as a lecturer in moral theology at Oscott Seminary. In 1985, he became Secretary of the Pontifical Council for Promoting Christian Unity in Rome, a position that he held until 1993.

In 1993, Archbishop Kevin returned to England and became the parish priest of English Martyrs, Sparkhill until, in 1998 he was appointed Rector of Oscott Seminary. On 2nd May 2001, Archbishop Kevin was consecrated as the 11th Bishop of Northampton by Bishop Leo McCartie. In the following two years he led the pilgrimage and also commissioned preparation of teaching material on Natural Fertility Awareness which resulted in the production of the DVD, ‘The Joy of God’s Plan’

On 8 December 2003, Archbishop Kevin was installed as the Archbishop of Southwark. He served until 4th December 2009 when Pope Benedict XVI accepted his resignation on health grounds.

Archbishop Kevin continues to live in London and to have an active ministry. He has responsibility for Catholic-Jewish relations and Interreligious Relations within the Catholic Bishops’ Conference of England and Wales. He is a Consultor to the Pontifical Commission for Religious Relations with the Jews and is also involved ecumenically, particularly with the Ancient Oriental Churches. Archbishop Kevin was Grand Prior of the England and Wales Lieutenancy of the Knights of the Holy Sepulchre until succeeded by Archbishop John Wilson in 2021. He advises the CHARIS National Service of Communion which is the principal co-ordinating organisation of the Catholic Charismatic Renewal in England.

Outline of the day

Built around the midday Holy Mass, celebrated by Bishop Philip with Fr David Donaghue, the day will also include opportunities to celebrate the Sacrament of Reconciliation and to spend time before the Blessed Sacrament. This time will include the Holy Rosary, Stations of the Cross, the Divine Mercy Chaplet, the Litany of Life and Benediction.

Mid-afternoon will herald the change of location from the Shrine to the Priory in the village, walking the Pilgrim Way, to the original site of the Holy House of Nazareth.  This is the now traditional silent walk, a prayerful walk with Jesus to Calvary.

While the focus is prayer and reparation for sins against life, the pilgrimage is also a chance for those attending to spend time in the peace and quiet of England’s Nazareth 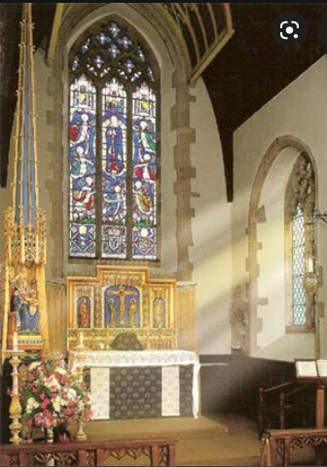 The Pilgrimage concludes in the Priory grounds with the final prayers